How to Become Visible While Astral Projecting

One of the traditional powers associated with witches and sorcerers in folklore is the ability to suddenly appear and disappear in front of others. In most of the stories, they can also talk and touch the people they appear to. Modern witches and sorcerers say that this is impossible because they can't do it. In fact, it is possible. To learn how to acquire this ability, we must take our lessons from ghosts.

Possessed by a Demonic Ouija Board or Just Bored?

Possessed by a demonic Ouija board? Not likely, but the story should boost sales of Ouija boards and maybe give a screenwriter an idea for a script.

Ouija board fans and enemies were buzzing about a recent story of a possible Ouija-induced demonic possession. Three American friends in Mexico were taken to a hospital when they gave the appearance of demonic possession after playing with a Ouija board. A video of one went viral and piqued interest worldwide in Ouija boards, demonic possession and great new ways to become famous without using kittens. What are the details? Read more

Posted by Caitlin MacKenna at Thursday, June 26, 2014 No comments:

Email ThisBlogThis!Share to TwitterShare to FacebookShare to Pinterest
Labels: demonic possession, Ouija board

Learn a quick and easy way to trick your physical body into allowing your astral body to separate.

Posted by Caitlin MacKenna at Tuesday, June 24, 2014 No comments:

The Mystery of the Men in Black

Jake and Chris Holly explore the mystery of the Men in Black.


My brother Jake and I had a very interesting discussion about The Men in Black issue while I visited with him last week. We continued talking late in to the night as Jake had a great deal to say on the subjects of not only Men in Black but shadow people and reports of black mist appearing in haunting reports.

I will admit that all of those subjects have been neglected by me over the years and it was good to sit and talk to someone who had spent time reading and researching them in order to develop his own theories on these curious subjects. Read more

Posted by Caitlin MacKenna at Thursday, June 19, 2014 No comments:

Nina Kulagina was a KGB agent with telekinetic abilities who could stop the heart of a living creature with just the power of her mind.

Posted by Caitlin MacKenna at Tuesday, June 17, 2014 No comments:

The 50 Creepiest Places on Earth

Door to Hell in Turkmenistan is just one of the 50 creepiest places on earth.


The earth is dotted with magical landscapes and fairy-tale destinations but it is also home to eerie places that are straight out of nightmares (or very, very strange dreams) — from a forest of spooky, crooked trees to an island inhabited by thousands of venomous snakes.

And while some of the mysterious sights featured in the slideshow above were man-made (Mexico's spooky Island of Dolls was created as a memorial to a young girl who drowned), many were formed by Mother Nature herself. The UNESCO-protected Tsingy de Bemahara Strict Nature Reserve, for example, boasts a rare, geological phenomena — karstic landscapes and limestone uplands cut into impressive "tsingy" peaks and a "forest" of limestone needles. The nightmarish, rocky spires are razor-sharp and needle-like, known to cut through flesh and equipment easily. Only a few scientists have dared to travel to the area to conduct detailed research. Read more

The Ghost Rapes of Bolivia

The perpetrators were caught, but the crimes continue.


For a while, the residents of Manitoba Colony thought demons were raping the town’s women. There was no other explanation. No way of explaining how a woman could wake up with blood and semen stains smeared across her sheets and no memory of the previous night. No way of explaining how another went to sleep clothed, only to wake up naked and covered by dirty fingerprints all over her body. No way to understand how another could dream of a man forcing himself onto her in a field—and then wake up the next morning with grass in her hair. Read more

Confessions of a Real Psychic Vampire

Posted by Caitlin MacKenna at Tuesday, June 10, 2014 No comments: 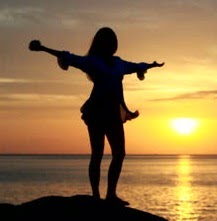 David St. Clair was a journalist who had a strong interest in metaphysics and investigated local metaphysical practices everywhere he traveled. His experiences became the basis of several books, including Lessons in Instant ESP. In his investigations, St. Claire came across a powerful technique of tapping into the Cosmic Forces in order to cause a change in the environment. Two psychics 4000 miles apart  gave this formula to him in two different languages. the firs time in Portuguese in Brazil and later in English in California. He said they gave him this secret and said it was time to pass it on to anyone who would recognize its value.

How to Activate and Open Your Third Eye

Teal Swan explains how to activate and open the third eye, the key to psychic abilities.

Posted by Caitlin MacKenna at Tuesday, June 03, 2014 No comments: