Can You Really Learn to Be Psychic?

Can you really learn to be psychic? After testing 1,000 volunteers, a university psychologist concluded all humans actually have dormant psychic abilities.


The small room I’m sitting in suddenly feels rather full – not only are there 14 trainee psychics and a medium here, there’s apparently also a host of dead relatives trying to communicate with me.

The only problem is, I can’t hear them. Or see them. I don’t ­particularly want to but tonight I’m learning to harness my hidden psychic ­abilities – without much luck so far.
Advertisement >>

But we do all possess these spiritual powers according to a surprisingly scientific study by a university psychologist in New York. After testing 1,000 volunteers, Professor Daryl Bem concluded all humans actually have dormant psychic abilities. Read more

Posted by Caitlin MacKenna at Saturday, April 23, 2011 No comments:

Talking to the Other Side: There's an App for That

An iPhone app for talking to the other side, with sharing tools, is available. for $2.99.

"It occurred to me that if EVPs [Electronic Voice Phenomenons] are caused by paranormal forces there are likely electromagnetic fluctuations occurring during these communications," said developer Ben Williams. Read more

Posted by Caitlin MacKenna at Thursday, April 21, 2011 No comments:

Was JFK Assassinated Because He Wanted to Reveal Truth about UFOs?

Was JFK assassinated because he wanted to reveal the truth about UFOs? A letter written by President John F. Kennedy to the head of the CIA in 1963, ten days before his assassination, demands to be shown highly confidential documents about UFOs.


An uncovered letter written by John F Kennedy to the head of the CIA shows that the president demanded to be shown highly confidential documents about UFOs 10 days before his assassination.

The secret memo is one of two letters written by JFK asking for information about the paranormal on November 12 1963, which have been released by the CIA for the first time.

Author William Lester said the CIA released the documents to him under the Freedom of Information Act after he made a request while researching his new book 'A Celebration of Freedom: JFK and the New Frontier.' Read more

Posted by Caitlin MacKenna at Tuesday, April 19, 2011 No comments:

Terrence Aym reveals the evidence that has been unearthed which confirms the Native American myths of red-haired giants.


Many Native American tribes from the Northeast and Southwest still relate the legends of the red-haired giants and how their ancestors fought terrible, protracted wars against the giants when they first encountered them in North America almost 15,000 years ago.

Others, like the Aztecs and Mayans recorded their encounters with a race of giants to the north when they ventured out on exploratory expeditions.

Who were these red-haired giants that history books have ignored? Their burial sites and remains have been discovered on almost every continent. Read more

Posted by Caitlin MacKenna at Friday, April 15, 2011 No comments: 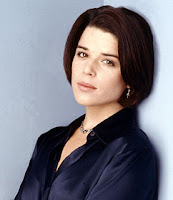 
Scream 4 actress Neve Campbell has said her former house in Los Angeles was haunted and she used to see a woman who had been murdered in the home.

The 37-year-old told British Live magazine: 'I know that ghosts exist because I've seen one. A few years ago I moved into a haunted house in Laurel Canyon, Los Angeles, with some friends. It turned out that it was inhabited by the ghost of a woman who had been murdered there in 1991.' Read more

Posted by Caitlin MacKenna at Wednesday, April 13, 2011 No comments:

It's ironic that the U.S. government cover-up of the 1947 Roswell, New Mexico, crash may be undermined by that same government. In a 1950 memo posted online due to a Freedom of Information Act request, FBI agent Guy Hottel reveals that an Air Force investigator had stated that "three so-called flying saucers had been recovered in New Mexico."


A bizarre memo that appears to prove that aliens did land in New Mexico prior to 1950 has been published by the FBI.

The bureau has made thousands of files available in a new online resource called The Vault.

Among them is a memo to the director from Guy Hottel, the special agent in charge of the Washington field office in 1950. Read more

Posted by Caitlin MacKenna at Monday, April 11, 2011 No comments:

Freedom of Information Act requests have revealed that FBI agents sent an urgent memo to FBI Director J. Edgar Hoover in 1949 about a UFO sighting in Utah. Even more interesting, in 1950, Guy Hottel, the agent in charge of the Washington Field Office, sent a memo reporting that an Air Force source said that flying saucers had crashed near Ros­well, N.M., and had been recovered.


On April 4, 1949, FBI agents in Utah sent a cable marked “urgent” to FBI Director J. Edgar Hoover. It said an Army guard at the Ogden Supply Depot, a Logan policeman and a Utah Highway Patrol officer in Mantua each saw from miles apart a UFO — which they said exploded over Utah.

Under the title “Flying Discs,” the cable said they “saw a silver colored object high up approaching the mountains at Sardine Canyon” that “appeared to explode in a rash of fire. Several residents at Trenton … [reported] seeing what appeared to be two aerial explosions followed by falling object.”

That and other documents show the FBI was investigating whether UFOs were real, and it figured they could be. Such documents are now available in “The Vault,” vault.fbi.gov, a revamped FBI website for documents that have been released through the Freedom of Information Act and have been recently or often requested. Read more

Posted by Caitlin MacKenna at Sunday, April 10, 2011 No comments:


Triangle UFO cases are on the rise nationally this past month and California Mutual UFO Network (MUFON) investigators are piecing together their most credible reports as they search for a pattern, according to national reporting at MUFON and California MUFON State Section Director Steve R. Murillo.

Posted by Caitlin MacKenna at Saturday, April 09, 2011 No comments:

Whatever Happened to America's Psychic Spies?

Whatever happened to America's psychic spies? As a matter of fact, they're still around and still doing remote viewing.


On the last day of June 2009, a 23-year-old US Army private, Bowe Bergdahl, carrying only a compass and a bottle of water, disappeared from his unit’s forward operating base in eastern Afghanistan.

Why and how he had done this wasn’t clear. But the risk that he would fall into the hands of the Taliban was obvious. As soon as his absence was discovered, senior US military officials at Bagram Airbase in Kabul sprang into action. They scoured the airwaves and the nearby terrain with the latest surveillance technology, sent out patrols to try to find Bergdahl, and even distributed leaflets to Afghans in the area, warning them to inform the army if they saw him.

And eventually, they called John Alexander.

Alexander was a retired army colonel, living in Las Vegas. In the 1980s, as a staff officer at the Army’s Intelligence and Security Command (INSCOM), he had been one of the insiders in the Pentagon’s remote viewing programme. The programme had been shut down in the mid 1990s – largely for political reasons, some said – and its trained psychics had gone on to conventional assignments or into retirement. Now the military, out of other options, wanted to see if remote viewers could help.

It was not an official project, just an informal request. “They were saying, we’ve tried everything else, why not this?” recalled Alexander.

He agreed to do what he could. And, with some difficulty, he did arrange, via a third party, for several trained remote viewers to target the missing soldier. In accordance with the usual procedure, each viewer was told merely that there was a target of interest, and that he or she should provide whatever impressions came to mind.

Posted by Caitlin MacKenna at Thursday, April 07, 2011 No comments:

Is the Yeti Fact or Fiction?

Is the mythical yeti, also known as the abominable snowman, fact or fiction? Travel guide and explorer Gerry Moffat tried to find the answer.


The idea that there are real creatures roaming the earth as half man and half ape have long been considered a figment of the imagination. Across the Himalayas and in parts of the rugged wilderness of North America, Ketchum resident Gerry Moffat set out on an adventure to seek the truth behind the myth of the yeti, also known as the abominable snowman, and Bigfoot. Moffat's explorations and discoveries will be revealed in the premiere of the one-hour show "Hunt for the Abominable Snowman" on the National Geographic Channel on Monday, April 4, at 9 p.m. The show is part of the National Geographic Channel's Expedition Week. Read more

Posted by Caitlin MacKenna at Saturday, April 02, 2011 No comments: