Rob Lowe Claims He Saw Bigfoot in the Ozarks

Actor Rob Lowe claims that he and his two adult sons saw a Bigfoot in the Ozarks.

The actor will soon debut a TV series on A&E called “The Lowe Files” in which he and his two adult sons go in search of the paranormal. And, he claims that in some cases, they actually found it. Read more

Posted by Caitlin MacKenna at Thursday, June 29, 2017 No comments:

Why Math Is the Best Way to Speak to ET

A researcher claims that ET is more likely to be familiar with equations rather than human language. While it's true that equations  are more universal than grammar, you still have to connect symbols to concepts.


Making first contact with intelligent alien life could be difficult if humanity has no way of getting its messages across.

But one a bizarre theory claims the solution could lie in maths.

It suggests our communications with aliens should be based on maths because it is more likely to be familiar and understandable to them.

The idea is that mathematics comes as naturally to us as art or music, and so may be hard-wired into the brains of aliens in a way that human language cannot be. Read more

Posted by Caitlin MacKenna at Tuesday, June 27, 2017 No comments:

Email ThisBlogThis!Share to TwitterShare to FacebookShare to Pinterest
Labels: extraterrestrials

The Evolution of Corey Goode

OffPlanet Radio goes to Christine Anderson, the primary source for a deep look into the emergence of an alternative media cult figure. Corey Goode went from unemployed IT worker, medicated, repressed, and in poverty, to a media cottage industry with a TV series on Gaia(M) TV and a lucrative slot on the conference circuit.

Posted by Caitlin MacKenna at Saturday, June 24, 2017 No comments:

Is a perfect stone circle found on Mars proof of intelligent aliens?


A “PERFECT stone circle” spotted in official pictures taken on Mars has sparked a debate over whether it was artificially created by intelligent aliens.

The strange ring, which has been branded an eroded rock formation by sceptics, was found in NASA images taken by the Curiosity Rover droid which is exploring the Martian surface taking samples and pictures. Read more

Posted by Caitlin MacKenna at Tuesday, June 20, 2017 No comments: 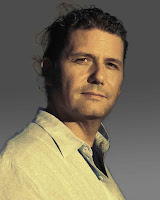 Corey Goode is the latest star in the UFO community. His claim to be a secret space program whistleblower is not unique, but he is different because he is turning his account into a major marketing campaign. Does his story stand up to scruntiny?

Andrew Basiago was one of the first "whistleblowers" I heard, though he focuses more on time traveling than space travel. He tells a good story (which I don't believe), but I have listened to several of his interviews. By contrast, Corey Goode was such an obvious liar when I heard him on Fade to Black, that i quit listening after a couple of segments.

Is the UFO Cover-Up to Protect the Oil Industry?

Dr. Stephen Greer claims that the existence of aliens is covered up because they have brought new technologies to Earth which would ruin the oil industry.


Corrupt world leaders are sitting on "alien technology" which could provide cost free renewable energy to the world, according to Dr Steven Greer.

However, he claims the existence of the world-saving technology is suppressed to allow business moguls to cash in on the oil and fossil fuel industries until they run out.

Dr Greer, a former emergency room doctor in the US, who gave it up to try to expose the truth about aliens, made the claims in an interview with uninterview.com. Read more

Posted by Caitlin MacKenna at Thursday, June 15, 2017 No comments:


While everyone else was looking for hints on what’s been going on between the Trump administration and Russia, the UFO community was excited about something former FBI director James Comey said during his Senate testimony that had nothing to do with politics. Read more

Posted by Caitlin MacKenna at Tuesday, June 13, 2017 No comments:

Roswell has finally been solved, and truth is even stranger than you could believe.


Roswell has been at the heart of the UFO scene since July 1947 when the military sensationally announced in a press release it had found the remains of a crashed flying saucer in the desert nearby.

But the following day it retracted the statement, saying it was in fact a damaged US Air Force air balloon.

Witnesses later came forward to say there had been alien bodies within the "crashed craft", which along with the wreckage were then taken to a top-secret military base.

It has remained the most infamous UFO conspiracy theory ever since.

But now a new book has put forward a theory that is claimed could solve the world's biggest ever UFO mystery once and for all. Read more

Posted by Caitlin MacKenna at Saturday, June 10, 2017 No comments:

Find out how chanting demon enns can help connect you to the energy of the spirit you are summoning.

Posted by Caitlin MacKenna at Thursday, June 08, 2017 No comments:


The rope astral projection technique is a safe, effective method developed by Robert Bruce. Following its seven steps may lead to your first out-of-body experience.


People for centuries have been astral projecting, it has been documented by the ancient Egyptians and Greeks as being a method to experience something beyond our physical realm.

Our consciousness holds no limits, it is designed for exploration and we as humans possess an astral body to do exactly that. So by projecting your awareness to a different place in time, you’re able to have an out of body experience and visit places beyond your wildest dreams.

If you’re totally new to astral projection this is totally safe. Just relax, keep a clear mind, and know that you always have full control. If you want to go back into your body you need only to think about it.

This particular technique was pioneered by Robert Bruce. Read more

Posted by Caitlin MacKenna at Tuesday, June 06, 2017 No comments:

Russian President Vladimir Putin reveals why nothing every changes no matter who is elected.


Has Russian President Vladimir Putin joined the ranks of conspiracy theorists who believe that many world leaders – excluding himself and his Russian counterparts – are aliens working with the Men in Black? In a wide-ranging interview this week with the French newspaper Le Figaro, Putin may have let something slip out unintentionally: Read more

Posted by Caitlin MacKenna at Saturday, June 03, 2017 No comments:

Opening The Realm of the Ancient Ones: Creating Your Own Gateway

Indigo Priestess reveals how to open your own gateway to the realm of the ancient ones.

Posted by Caitlin MacKenna at Thursday, June 01, 2017 No comments: